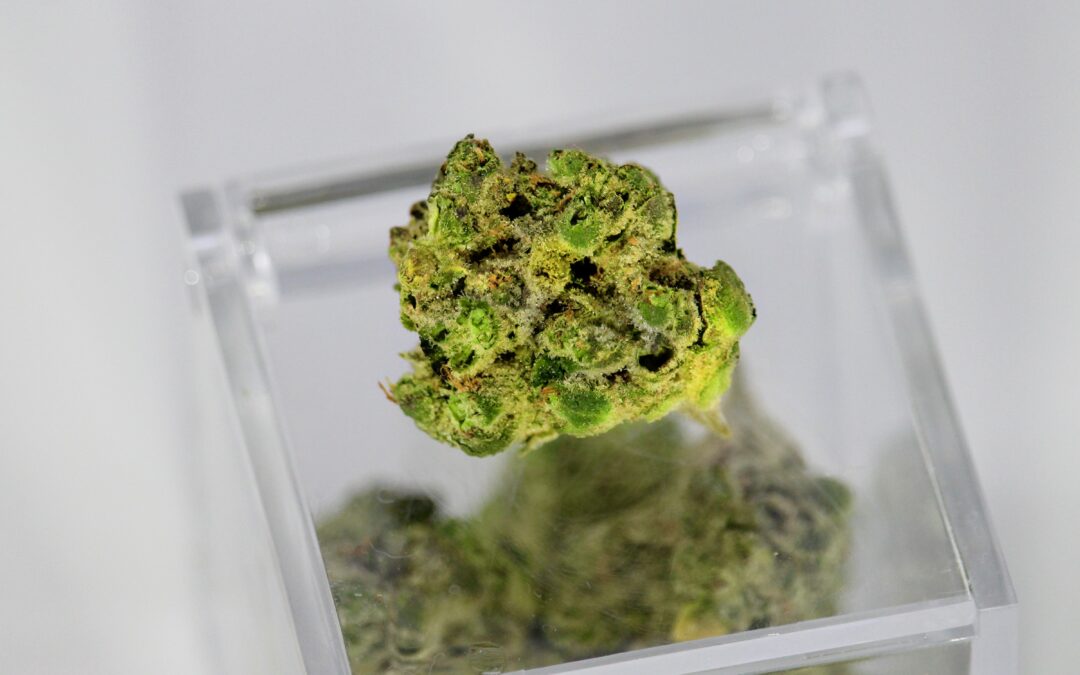 For most people purchasing cannabis, the main driving factor besides the type of strain they are purchasing is THC content. While the percentage of THC in a strain does impact the effect on you, there is more research being done on the terpene profiles in different strains of cannabis. Every cannabis plant has a unique terpene profile and this, along with the THC content plays a significant role in how each strain affects you individually. Let’s get into it!

Terpenes are all-natural compounds that are naturally occurring in a wide variety of flowers, plants, and even insects. Terpenes can be used to create essential oils that you can find in most major markets and health food stores. Terpenes play a few different roles in nature. The first is to attract pollinators that can help the plant reproduce. The second is to aid in the resistance against plant-borne diseases and to deter predators from consuming the plant enabling the plant to survive longer in the wild.

The role terpenes play in cannabis is the same in nature. When consumed, however, the terpenes combined with the THC can heavily influence the type of high you get after consumption. Terpene profiles and levels vary from strain to strain and can even vary within the same strain depending on how it is cultivated. Some of the most important factors that influence terpene production are Atmospheric conditions, the type of medium the cannabis is grown in, whether that be soil or a hydroponic tray, or the time it takes to harvest the cannabis plant.

Common terpenes and how they affect the body

When cannabinoids and terpenes are combined they work together in a process known as the entourage effect and can increase or decrease the effects of cannabinoids dramatically. This means that based on what terpenes are found in the cannabis you are consuming, the body can absorb more or less of the cannabinoid that is in the plant. This also means that a strain of cannabis that has the right terpene and cannabinoid profile based on your body’s receptors can give you the perfect high based on your preference. While there are thousands of terpenes that can be found in cannabis, we can reduce them down into the five most common that are generally found in most cannabis strains.

Myrcene: Myrcene is known for both its relaxing and sedative effects. If you have ever had couch lock after smoking, this terpene could be the reason why! When not found in cannabis this terpene can be found in hops, mangos, and lemongrass!

Pinene: This terpene is known to enhance attention and alertness and plays a significant role in learning and memory function. Pinene is also known to mitigate the effects of THC when combined together. When not found in cannabis, this terpene can also be found in pine needles, rosemary, basil, and dill!

Caryophyllene: Looking for that gas? Cannabis strains containing caryophyllene will contain notes of diesel and fuel are common and when not found in cannabis this terpene can be found in black pepper, cloves, and cinnamon!

Limonene: Known for its uplifting effects, limonene has been known to enhance your mood, and create a sense of euphoria. When not found in cannabis, limonene can be found in fruit rinds, rosemary, peppermint, and juniper!

Terpinolene: Known for heady cerebral effects, this terpene when combined with THC can have uplifting, energizing, and calming effects. When not found in cannabis this terpene can be found in nutmeg, tea tree, cumin, and lilacs! 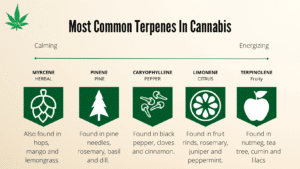 While these are not the only terpenes found in cannabis, they are the most common, and the effects they have on the body vary from person to person. Next time you visit one of our locations, ask your budtender about terpenes that interest you and do some experimenting, you may find your new favorite strain!