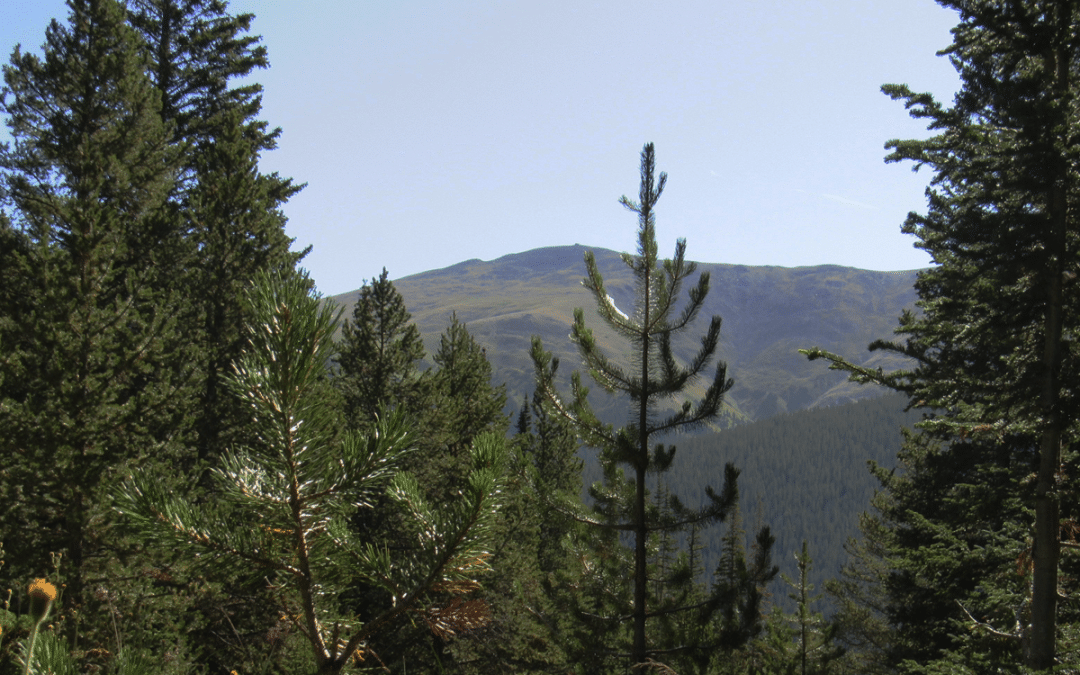 Terpenes, terpenes, terpenes. They’re creeping their way in amongst other common household cannabis terminology, as subtly as spliffs and four twenty. Maybe on a recent visit to Rocky Mountain Cannabis, you overheard a budtender and a customer talking about the benefits of something called “limonene”,a terpene that can help increase energy levels. If you found yourself asking“what is a terpene?”, don’t worry, you’re not alone! Cannabis is a budding new industry, and deep, scientific research of it is something of a new expedition.

Firstly, terpenes aren’t new. They were first discovered by a German chemist in 1866 by the name of, August Kekule. But, ‘ol August didn’t discover plants. In fact, terpenes have been produced by many species of plants over millions, if not billions, of years. Essentially, they are essential oils. To break it down a little further, they are organic compounds that provide the aroma and flavor in cannabis and a variety of other organisms, including most other species of plants.  When you think of diesel, skunk, chem, or cheesy flavors, that is an example of terpenes hard at work. They help make each strain of cannabis, unique! Terpenes also play a major role in the“entourage effect” of cannabis, helping to strengthen the intoxicating effects of cannabinoids, and can aid in helping you choose a more personalized experience.

Why are terpenes important when choosing cannabis strains?

When it comes to deciding what cannabis product to take home, the sheer variety of choices can seem overwhelming. However, terpenes have the amazing ability to help you along with that decision. Each strain has its own, unique genetic makeup. They have different smells, tastes, and provide many different effects. It isn’t just about the THC percentage anymore. Many consumers seemingly gravitate towards strains that boast high THC percentages, mostly under the assumption that stronger means better. What they perhaps don’t realize, however, is that they are greatly limiting their selections that way. If you take away anything from this article, let it be this: your nose knows best! At Rocky Mountain Cannabis, you have the opportunity to be selective and smell different products, this will help you in choosing the perfect remedy.

So why else are terpenes important?Well besides the aroma, terpenes can also aid in recovery and provide other therapeutic benefits. Let’s look at an example. Molly is visiting one of our stores and is looking for a strain to smoke that may help with her insomnia. Her budtender presents her with three different strains: Papaya Kush, Wedding Cake, and Berkel. The Papaya Kush tested at 23% THC, the Wedding Cake at 28%, and the Berkel at 19%. Each of these strains are of the Indica variety, typically a genotype associated with a more physically sedating and mentally relaxing high.  So how does she choose? After taking a moment to smell the aromas of each, Molly decides that she isn’t too fond of the fruity, piney scent of Papaya Kush, or the vanilla, earthy combo of Wedding Cake. She settles on Berkel, a strain with the parentage of Bubba Kush and GrandaddyPurp, and the mixed fragrances of grape and berry. Because Molly chose a strain that resonated well with her sense of smell, she is more likely to thoroughly enjoy her high, while reaping in its therapeutic benefits. While it only tested out at 19% THC, Berkel is a unique Indica hybrid, and actually perfect for nights that you just can’t fall asleep. It is usually known for its lazy, couch-locking effects.

In Berkel, the terpenes are again, hard at work, uniting with other cannabinoids to give the strain its unique properties. It is loaded with linalool, a terpene associated with lavender, and humulene, and also a terpene that is responsible for the scents in nature. These work together with many other minor cannabinoids like THCV and CBN, for example, to provide a euphoric and sedating experience, much similar to that of a traditional sleep aid.

You’ve learned about terpenes and how they can help you in strain selection. Now, we’ll take a closer look at a couple of our most popular strains, and the terpenes that have helped them rise to stardom.

CherryHills: Myrcene/a-Pinene/b-Caryophyllene (you can find cherry hills at several of our locations, it is easily identifiable, revered for it’s rich, dark purple buds)

·      Myrcene: (pronounced meer-seen) One of the most common terpenes found in cannabis, consequently also found in hops, and lemon grass which has interestingly been used in medicine for centuries.There are many herbal remedies containing myrcene, most of which were used as sedatives and muscle relaxants. Myrcene can usually be found in higher concentrations in Indica strains with strong, earthy aromas.

·      a-Pinene: (pronounced pine-een) Another common terpene found in cannabis, with an abundance being in sativa forward strains. Studies have so far shown that pinene seems to act as a bronchodilator(helps open airways), an anti-inflammatory agent, and may even help reduce short term memory impairment or other side effects associated with stronger cannabis products. Pinene can typically be distinguished by its reminiscent scent of pine needles and rosemary. Its effect is said to help stimulate an alert and active mind.

·      b-Caryophyllene: (pronouncedcare-yo-fi-leen) This unique terpene is usually found in cannabis strains with a spicier and more pungent aroma. The cool molecular structure of caryophyllene allows it to easily bind to our CB2 receptors in our endocannabinoid systems.This means that it has the ability to activate the receptor, without causing any of the intoxicating effects of THC. Look for this terpene when choosing a strain to potentially aid in pain relief.

·      Limonene: (pronounced lime-o-neen) This terpene is active in many sativa strains and is most noticeable for its sweet fragrance of lemon and orange. Although this terpene is prominent in many different cannabis varieties, little yet is known about it, but cannabis researchers have some theories. Many believe its therapeutic benefits to aid in depression and fatigue, and there are many reports of limonene boosting energy levels. Look for this terpene when choosing your perfect wake n’ bake!

·      Humulene: (pronounced hoom-you-leen) Essence of humulene can be detectable by its collective aroma of hops, basil, and clove, and is a prominent member of sativa varieties. Researchers believe it can aid in weight loss, as humulene is a known hunger suppressant. Among its other potential benefits, some more noteworthy ones include it being an anti-bacterial, anti-inflammatory, and pharmacokinetics (dealing with the movement of drugs throughout the body.)

When I was younger, I only smoked to achieve that highly coveted high. And there’s nothing wrong with that! But as technology, laws, and research on cannabis have grown, so have I. There is so much more to cannabis than what we see and smell on the surface. At Rocky Mountain Cannabis, we make it our priority to stay on top of current cannabis news and studies. Come back and check us out again for more exciting discoveries in this ever changing community!